The most important meal of the day...

On a rainy day like today in DC (or wherever you may be), it is always comforting to have a delicious breakfast. Go for it, after all, it is the MOST important meal you are going to have today- so make it worth it. The fried eggs and bacon are calling you! :) Like the saying goes, “Eat breakfast like a king, lunch like a prince, and dinner like a pauper.”

So, something to post about: In your international travels, what has been your favorite "international" breakfast?...Even if it was a classic American breakfast you've enjoyed at a hotel overseas.
Posted by UT Team at 8:32 AM No comments:

Invitation to The Expat Forum 2010 by Clements International

You're Invited to The Expat Forum 2010

Clements International presents a panel discussion about contemporary expat life, and the unique challenges and advantages of being an expat in 2010 and beyond.

Registration is free and anyone interested is welcome to attend.

Breakfast will be served.

Ever see these food trucks and wonder why the lines are SO long---but wished you had the time to see what all the fuss was about? Well, the Washington Post did all the work for you and reviewed the most popular traveling food trucks in the area, in "Finding the Wheel Deal: We rate the trucks".
Posted by UT Team at 1:28 PM No comments:

Email ThisBlogThis!Share to TwitterShare to FacebookShare to Pinterest
Labels: About Town, Family Liaison Office, Food, Foreign Service, Unaccompanied Tour, UT Team, Websites and Information
U.S. medics in Afghanistan treat an Afghan six-month baby boy with a rare heart condition. Check out this article--- what a great story.
Posted by UT Team at 11:51 AM No comments:

Email ThisBlogThis!Share to TwitterShare to FacebookShare to Pinterest
Labels: Afghanistan, Unaccompanied Tour, UT in the News

To make you smile

“A man is but the product of his thoughts what he thinks, he becomes.”
---Gandhi

“I am not afraid of tomorrow, for I have seen yesterday and I love today.”
----William Allen

“The best thing to give to your enemy is forgiveness; to an opponent, tolerance; to a friend, your heart; to your child, a good example; to a father, deference; to your mother, conduct that will make her proud of you; to yourself, respect; to all men, charity.”
---Benjamin Franklin

I feel better already! Share a favorite quote with us. :)
Posted by UT Team at 11:31 AM No comments:

Happy Friday UT bloggers! This article discusses the various issues families struggle with during the separation and reintegration of loved one before and after an unaccompanied tour. Take a moment to read it even if you are no longer experiencing an unaccompanied tour- we could all learn something from it!

Let us know what you think of the article:

Have a nice weekend!
Posted by UT Team at 3:41 PM No comments:

Every September, FSYF organizes a welcome-back picnic for Foreign Service families that recently returned to the DC area from overseas. Whether or not your family falls into that category, we hope you’ll attend—to make new friends, reconnect with old ones, and welcome home your colleagues. The picnic offers food and fun for the entire family.  See pictures of the 2009 Welcome-Back Picnic on YouTube at:  http://www.youtube.com/watch?v=ypGCElyzMvA

Afghanistan is a mess, everyone will tell you that, and that is what we receive each day from the media, but if we leave it at that, we are missing some extremely important points. As a close observer of the Afghan scene for the past three years here in Kabul I see so much that is not a part of the common narrative delivered by the media. There are two Afghanistans. In one, the Taliban throw acid into the faces of school girls, mullahs are murdered for suggesting moderation, and villagers receive death threats at night for growing wheat instead of poppy. The prevailing elements in this narrative are public fear, intimidation and resignation. The Taliban are masters of the message. They want Afghans to fear them. They threaten, and follow up on their threats, and then multiply small examples into generalized impressions. It's an effective approach if your numbers are small and when the public is vulnerable and unsure which way to turn for support.

There is, however, a completely different Afghan narrative coexisting alongside the gloomy one outlined above. In the Afghanistan I see every day it is the Taliban who ought to be living in fear. The Taliban fear Afghan government legitimacy. This is why they attack it when they can (and, of course, why rampant government corruption and maladministration is music to Mullah Omar's ears). The Taliban fear every Afghan girl who attends classes, and millions now do. They fear an Afghan Army that is viewed with increasing pride by the vast majority of citizens. The Taliban fear farmers who decide to switch from poppy. They fear candidates campaigning, even within a democratic process that is young and quite imperfect. Hundreds of Afghans have stepped up to run for Parliament and thousands more are campaigning on their behalf. The Taliban fear honest administrators -- and we must not fall prey to the lie that all Afghan officials are corrupt. Many have made large sacrifices to serve under difficult conditions. The Taliban fear moderation of all types. It is not surprising that they kill and threaten mullahs who challenge their false monopoly of religion -- and yet many still do speak out. Teachers are threatened every day, but thousands continue to teach. No group has paid a higher price than the Afghan police, who lost about a thousand of their number to violence last year, yet tens of thousands of young Afghans still answer the call to service.

The Taliban recently renewed their objections to music, fearful of cultural pollution. Good luck. Gone are the days when it is possible to imagine an Afghanistan without music, dance, and, most importantly, TV, which is now the staple entertainment and news source for perhaps 45 percent of the total population. The Taliban fear "normalcy" and many parts of Afghanistan are increasingly normal by local definitions. When I arrived here Kabul was garrisoned by foreign forces who patrolled the streets day and night. Those duties are now performed by Afghans. Foreign forces have relocated elsewhere and the city is more peaceful now that it was even a year ago. The Taliban fear this and seek to undermine the legitimacy of the security forces, yet most of their increasingly infrequent attacks in the city have been failures and they are relegated to lobbing an occasional rocket or killing civilians in indiscriminate bombings.

By any measure Afghanistan remains a desperately poor and badly administered country. Security has deteriorated in many areas which were more secure two years ago. But the underlying narrative is not what the Taliban would have us believe. They are not in control, not by a long shot. There are powerful dynamics which ought to be keeping the Quetta Shura awake at night. As we help improve security and governance systems citizens will feel more secure to do the things they already want to do, and which the Taliban fear so much. Regular Afghans are turning in local Taliban commanders and foreign fighters in surprising numbers and the middle ranks of the in-country leadership are being systematically degraded. Our support for education and health bolsters the courage of teachers and medical workers who work each day despite the threats. The Taliban can and do kill dozens of teachers each year... they can't kill tens of thousands, and amazingly brave Afghans know this. Our continuous pressure on the leadership to confront corruption has the potential to drain energy from the insurgency. The Taliban threatened to disrupt and prevent the last three Afghan elections. They could not, and they will not do so when Afghans vote later this month. Yes, they can conduct a hundred attacks on a given day, and perhaps double or triple that on a single day... but to disrupt 5,000 polling stations is beyond their ability. To try, and to fail, only highlights their weakness, not their strength. Taliban leaders know this, so expect some increase in trouble, but much more rhetoric and smoke. Our support for the independent media ensures that all Afghans now have better access to multiple channels of accurate information with which to counter the Taliban's lies and misinformation. Precisely when we will arrive at the tipping point in the insurgency is not clear, but it will happen, probably within the next year. We have a better fix on how we will get there. It is the Afghan people who will defeat the Taliban, with our help, because, fundamentally, the Taliban's extreme messages aren't welcomed by the vast majority of citizens. Be fearful Taliban, your Afghan brothers and sisters have your number. And, despite what you would have all believe, won't you be surprised when you discover that we foreign friends and partners of Afghanistan are not going anyplace anytime soon. 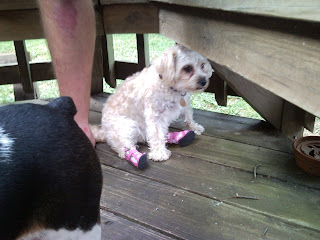 The Family Liaison Office (FLO) is conducting a survey of employees and family members who have served, are currently serving, or are about to serve an unaccompanied tour. FLO requests all American employees and their adult family members - including spouses, Members of Household, partners/fiancées, adult children, parents, and siblings - who have been, are now, or soon will be experiencing an Unaccompanied Tour (UT) to participate in this important survey. The survey can be accessed by going to  https://www.surveymonkey.com/s/UTSURVEY2010/ . FLO estimates it will take 10-20 minutes to complete the survey. .
Posted by UT Team at 8:59 AM No comments: