You're Invited to The Expat Forum 2010


Clements International presents a panel discussion about contemporary expat life, and the unique challenges and advantages of being an expat in 2010 and beyond. Registration is free and anyone interested
is welcome to attend. Breakfast will be served.
Visit expatforum.clements.com for more information.


The first 20 people to register will receive a

"Life in a Flying House"

Attention all young writers and future college students.
Be sure and enter Clements International  2010 Expat Youth Scholarship contest.  The theme this year is "Life in a Flying House" inspired by the idea that expat students spend their childhoods moving between different countries and cultures, consequently they develop rich life experiences.  This is a great opportunity for young people to write about these experiences and to win money to help finance their education.   To obtain additional information and applications visit their site at http://www.expatyouthscholarship.com/
Hope everyone gets busy and submits their experiences !
Posted by UT Team at 2:07 PM No comments:

Email ThisBlogThis!Share to TwitterShare to FacebookShare to Pinterest
Labels: Websites and Information 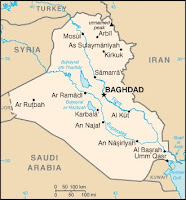 Five months after Iraqis voted in a general election, Iraq is having trouble forming a new government even as U.S. troops draw down, but the outgoing U.S. ambassador says the country is making progress.

"I think any country where the election result is 4/100th of a percentage point difference between the winner and the second-place coalition is going to have some pushing and shoving, and that's what going on," Christopher Hill told NPR's Steve Inskeep. "So the question is: Are they getting anywhere? And, I must say, in the last couple of weeks, the pace has really quickened. And there's a feeling that things may be heading in the right direction."
Read the entire article:
http://www.npr.org/templates/story/story.php?storyId=129119290


Christopher R. Hill arrived in Baghdad on April 24, 2009, to begin serving as America’s Ambassador to Iraq. Immediately prior to this assignment, Ambassador Hill was Assistant Secretary of State for East Asian and Pacific Affairs, in which capacity he also was the lead U.S. negotiator at the Six-Party Talks on the North Korea nuclear issue.

Ambassador Hill’s lifelong career as a public servant began in 1974, when he served as a Peace Corps Volunteer in Cameroon. He joined the U.S. Foreign Service in 1977.
Posted by UT Team at 3:05 PM No comments:

AMBASSADOR HOLBROOKE: Thank you, Madam Secretary. I’d be happy to take any specific questions you want.


QUESTION: How do you change the mindset of these people? I mean, there’s a lot of talk about trying to reintegrate and reconcile Taliban into society to have a one united Afghanistan with everybody working towards the future of the country. How do you change the mindset that this type of work is what the country needs and kind of build more bridges among these type of people that maybe don’t have opportunity, don’t see this way of life as the way that Afghanistan should be going?

To read the entire discussion please click below:
http://www.state.gov/s/special_rep_afghanistan_pakistan/2010/145824.htm
Posted by UT Team at 11:09 AM No comments: 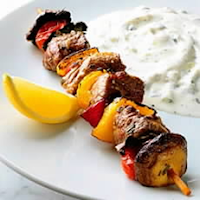 If you are working or visiting the State Department and find yourself hungry for some good Indian food you might want to look around for the Fojol Brothers.    These fun, hard working guys drive around the D.C. area serving food out of their family food truck.   To find our their exact location find them on twitter.com look for Fojol Bros.  The last few weeks they have been parking and serving from 21st and Virginia NW every Thursday about lunch time.  The word around here is the butter chicken is yummy but don't worry if you are vegetarian they have lots of selections for you too.
http://fojol.com/find
Posted by UT Team at 1:22 PM No comments: 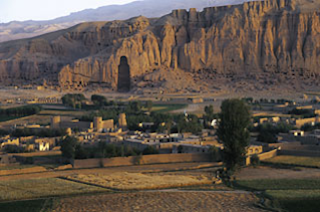 A new article in The Cable by Josh Rogin on the Foreign Policy web site talks about a report by the State Department's Office of Inspector General.   The article talks about Deployment Stress Management Program (DSMP) and Offices of Medical Services (MED) plus the personnal posted at the embassies that provide support.  The article goes on to reference OIG's statement that returnees need recognition for their service.


Read the entire article
http://thecable.foreignpolicy.com/posts/2010/07/28/certificates_of_recognition_can_reduce_stress_state_department_report_suggests
Posted by UT Team at 12:56 PM No comments: